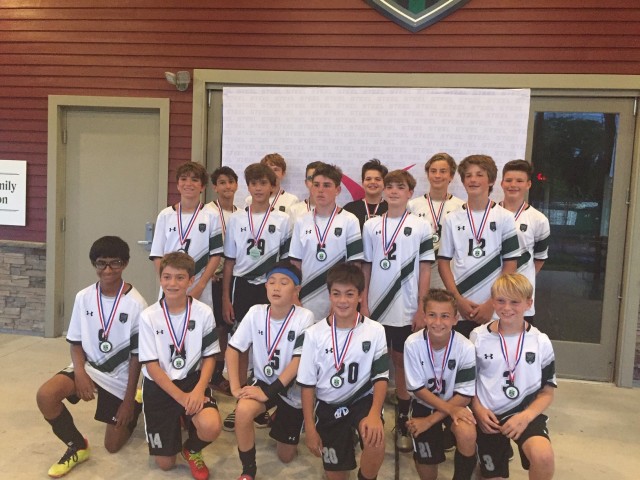 The U14 United were crowned champions of the Gold division at the 2019 Whitpain Champions Cup tournament held on Aug 24 (boys day).  The team compiled a 3-0-0 record on their way to the winners medals.  Congrats to the Coaches and Team!