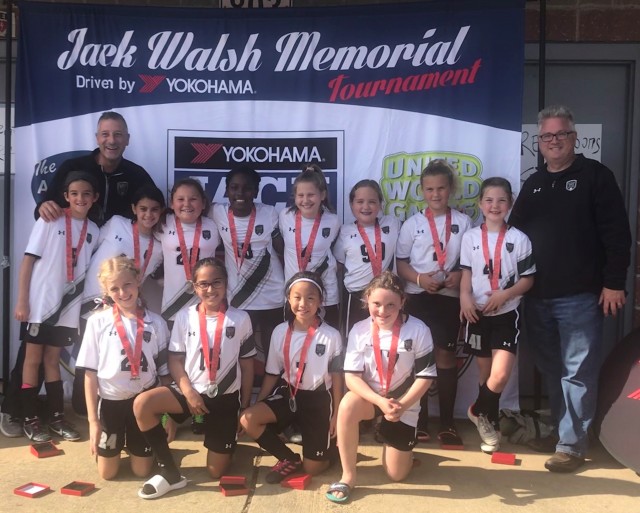 The first year Warriors found success by going 3-1-1 and capturing 2nd place in the bronze division at the Jack Walsh Tournament.  By stringing together back to back wins on Sunday, the Warriors propelled themselves into the finals where they came up a little short but still had a great weekend of soccer.  The highlight of the weekend was a hard-fought semi-final game where the Warriors took the lead by burying a late game PK and then holding off their opponent to make the finals.